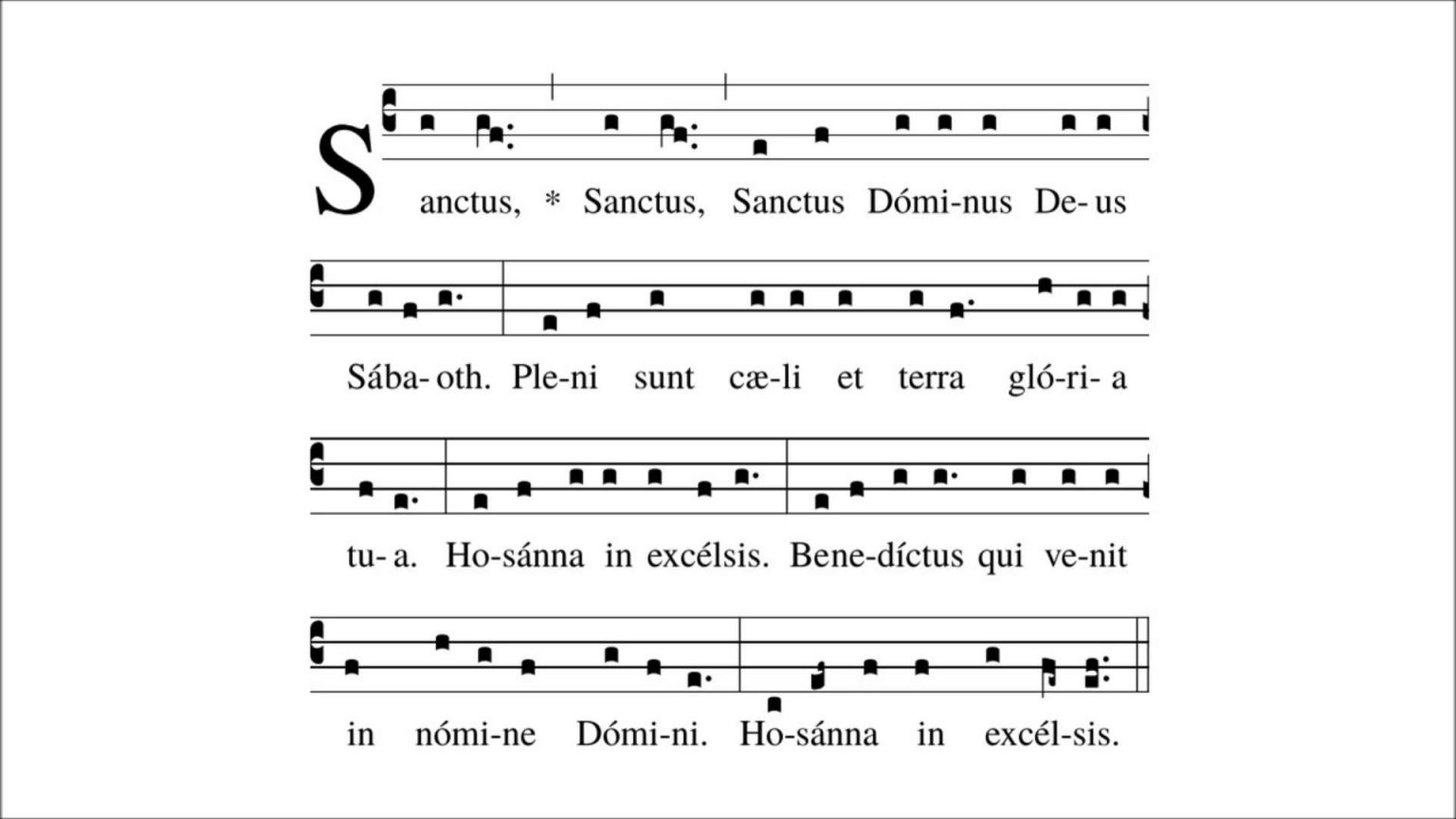 Last week I wrote about the Preface, the first part of the Great Prayer of Thanksgiving or Eucharistic Prayer (from the Greek eucharistia meaning gratefulness,

Maybe as early as 200 AD the so called SANCTUS from the Latin word for holy was part of the prayer and concludes the Preface. In a lovely way it reminds us that we are not alone when we offer the Eucharist. It’s a song, and we should try to imagine as we sing the Sanctus we are singing with the saints and angels, joining in the prayer of heaven.

In the Greek version it is known as the epinikos hymnos, the HYMN of VICTORY. The victory is the victory of Jesus who has conquered sin and death and makes it possible for heaven to have a population!

The words of the Sanctus come originally from Isaiah 6:3 when the prophet has a vision of the presence of God. The Bible tells us he prostrated himself in the presence. You may notice that the priest joins his hands bows his head at this point until the joyful Hosanna in the highest.

The word ‘holy’ is repeated three times to emphasise that all holiness belongs to God who is ‘three in One’. The bell is rung to draw the attention of the congregation and as a sign of honour.

From early on words from Matthew 21:9 were added to the ‘Holy, holy, holy’ telling us what the crowd said about Jesus on Palm Sunday…’Blessed is he who comes in the name of the Lord..Hosanna…’ This itself is a quote from Psalm 118:26 one of the great psalms of thanksgiving.

Just as they greeted the expected Messiah, so the BENEDICTUS (from Latin for blessed) is included here and points to the expected presence of Christ under the form of bread and wine. There is a godly tradition to make the sign of the Cross during the saying or singing of the Benedictus.

At the Reformation when there were controversies about the presence of Christ in the Eucharist some were a bit nervous of this idea and at one point the Benedictus was removed from the Church of England Prayer Book, but was later restored as an option. The vast majority of Christians include it.