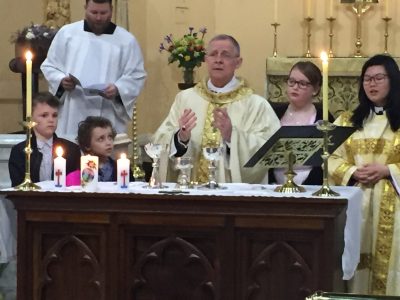 The SURSUM CORDA – a bit of Latin shorthand for the dialogue that starts of the great Prayer of Thanksgiving that is the highpoint of the Eucharist.

More of that next week!