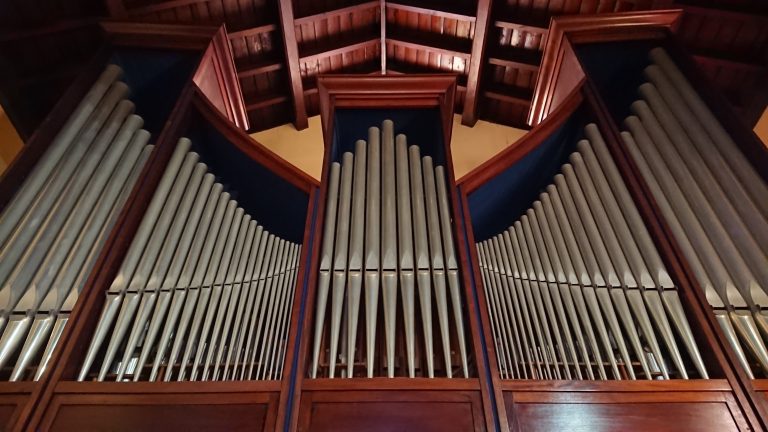 The organ was designed to provide adequate support to the liturgy and the congregation, and to provide a clarity and variety of tone appropriate to the performance of the classical organ repertoire. Built by the Sydney organbuilder, Roger H. Pogson, it was opened in 1972. It has a solid cedar case of classical design, incorporating burnished tin pipework, and fully mechanical key & stop action. Widely used for recitals and teaching, this instrument has exerted a wide influence upon the music of Melbourne. It was the first two-manual modern mechanical action organ, designed along classical principles, to be installed in a Melbourne church. Commencing with his organ for Futter Hall, King’s School, Parramatta in 1968, Pogson had already built several organs in this style for locations in New South Wales, but this was his first organ for Victoria. 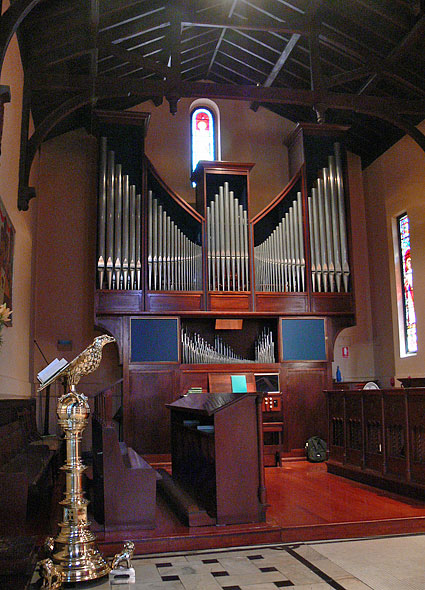 The specification of the organ was drawn up by the organist at the time, Edward King and the consultant was Sergio de Pieri. The organ was built largely through the generosity of Mrs. Isobel Finchett, in memory of her late husband Albert Leslie Finchett, and by gifts, large and small from the congregation and the public. The Cymbel pipes are the gift of John Larter, in memory of his late wife Eileen Larter. The reed stops were the gift of the organist, Edward King. The project commenced in April 1967, and came to fruition in April 1972.

The specification of the current organ is as follows: